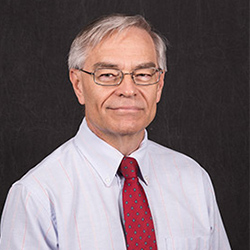 Dr. Scott Danielson, P.E, is a faculty member in the Polytechnic School of the Ira A. Fulton Schools of Engineering at Arizona State University (ASU).  Before returning to the faculty, Dr. Danielson was an Associate Dean for almost four years in the Ira A. Fulton Schools of Engineering and the College of Technology and Innovation.  Before assuming these Associate Dean roles, he had been an engineering technology department chair at ASU for over 13 years.

He has been active in different Vietnam projects, including serving as lead in several BUILD-IT core areas.  Before BUILD-IT, he worked on the USAID-funded Vocational and University Leadership and Innovation Institute (VULII) and the HEEAP projects in Vietnam.  He also a team member on a project in Indonesia doing similar work. He has had leadership roles in American Society of Engineering Education (ASEE) serving as chair of two different divisions--the Mechanics Division and the Engineering Technology Division--and received the Isadore T. Davis Award in 2020.  Within ASME, he served on various committees and as a member and co-editor of the Vision 2030 Task Force.  He was awarded the ASME Ben C. Sparks Medal in 2009 and 2013 (team award) and ASME Fellow status in 2020.  His service with ABET includes being an evaluator for three technical societies (for both the Engineering Accreditation Commission and the Engineering Technology Accreditation Commission), an Engineering Technology Accreditation Commission member and officer, including serving as chair for 2020 - 2021.  He has served two short terms on the ABET Board of Directors.