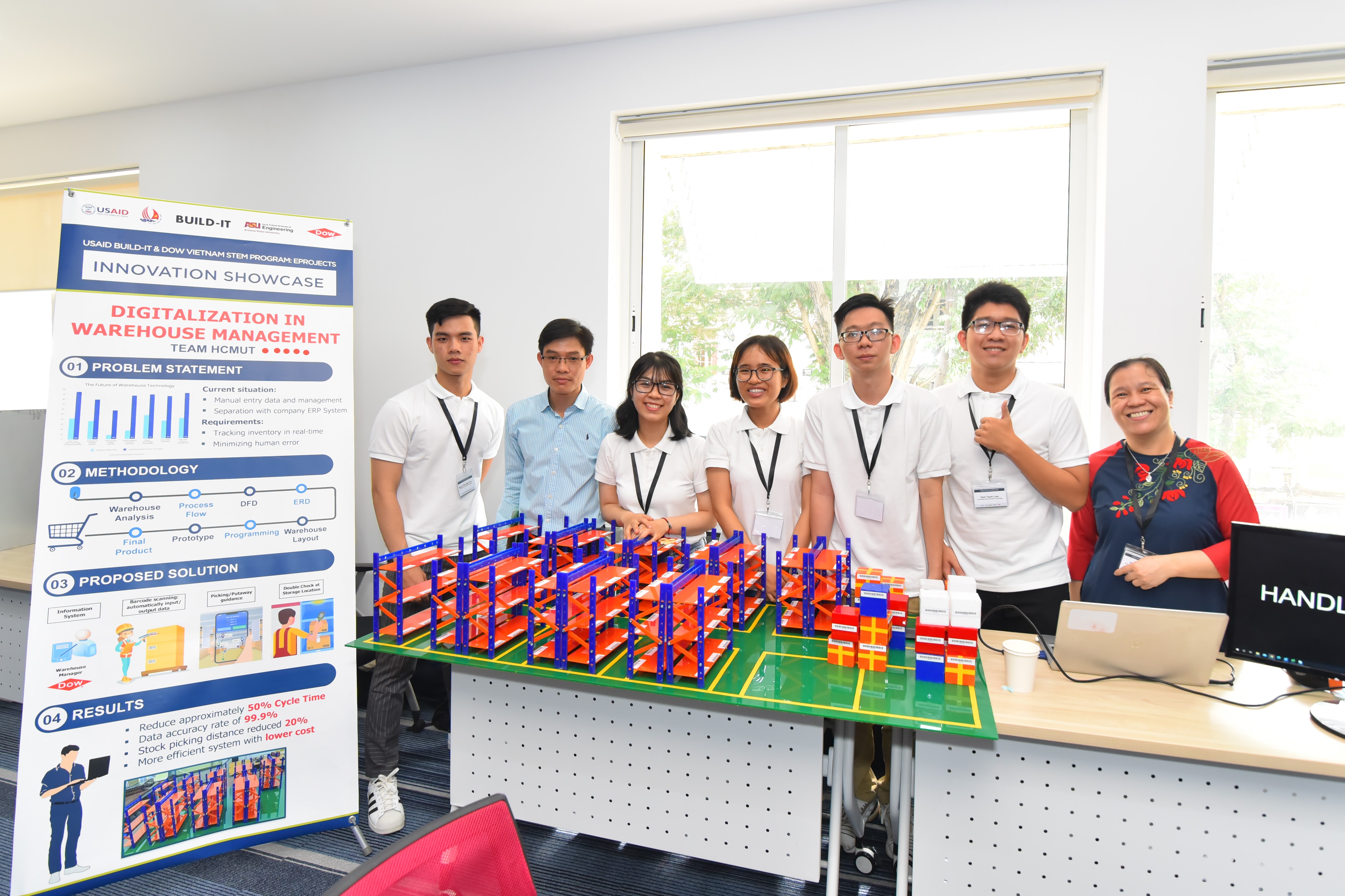 In April 2020, while Vietnam was still following strict social distancing guidelines, Toan and his team began meeting online and in cafes to deeply understand Dow’s business case for warehouse digitalization. Through a series of online meetings and face-to-face work sessions, they built a working warehouse management model for Dow’s facilities. Throughout eProjects, the team maintained a virtuous circle of feedback and design improvements. Through patient mentoring and project management, the team gradually developed a value-adding innovation for Dow Vietnam’s warehouse.

“I’m so impressed with the next generation! This university is transforming the students, they are so confident, collaborative, bright and fluent in English,” Toan shared when reflecting on his first visit to HCMUT in decades.

eProjects emulates the professional engineering project structure, with the industry mentor acting as the project owner, the faculty as the project manager, and the students as technicians and researchers. Rather than responding to an assumed social challenge or an entrepreneurial opportunity, eProjects guides students to deeply understand and address Dow Vietnam’s current challenges.

During the eProjects Innovation Showcase, the team impressed the audience of industry mentors with their ingenuity. Accepting the top prize for solution design, Ms. Thoi Do Kieu Trang shared with her team that through eProjects she learned things she never would have learned in her classes.

“I’m grateful to my mentors for showing us how to build a meaningful prototype,” said Trang.

The team from HCMUT was just one of six industry mentored teams who completed eProjects. This team’s laudable innovation points to the transformative impact industry mentors have on encouraging students to see themselves as young professionals.