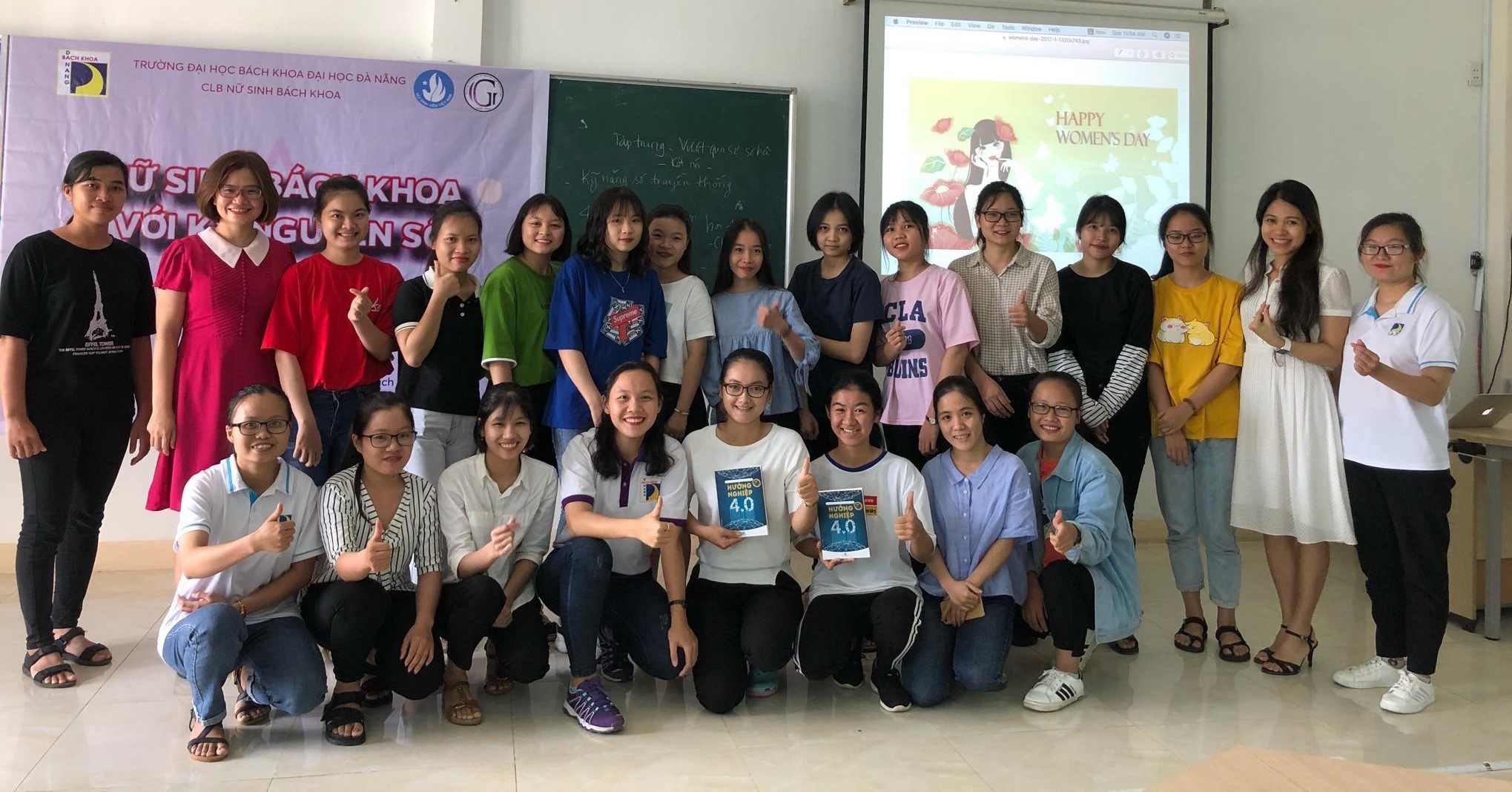 At an early age, Nguyen Thuong Thuong’s mother, a schoolteacher, taught her daughter that a supportive community of learners outside the classroom can motivate students to do their best. During her second year studying industrial management at the Da Nang University of Technology (DUT), Thuong felt overwhelmed by the workload and didn’t know where to turn for guidance. Like many students who take on a rigorous STEM program, she was on the brink of giving up.

“Everyone was overwhelmed and stressed by the demanding workload - but becoming an engineer is my dream. I couldn’t give up.” - Nguyen Thuong Thuong.

As Thuong reached out to her peers for motivation, she realized that many young women also struggle to find a community of STEM learners, identify mentors, and balance academics and obligations at home. Luckily Thuong joined BUILD-IT’s Women Engineering Projects in Community Service Program (WEPICS) and linked up with program leads Dr. Nguyen Thi Anh Thu and Dr. Nguyen Quang Nhu Quynh. Through WEPICS, Thuong discovered that when social challenges are redressed through conscientious programming design, young women will take the lead in designing, managing, and presenting their innovative projects.

Today, the DUT Girls Club meets weekly to host study halls, collaborate on applied projects, practice professional skills, and fundraise for the club. Young women in the club are mentored by faculty and senior students to leverage design innovation, entrepreneurship, and 21st century skills. The girls have hosted peer-mentored workshops, joined applied projects, and skill-building seminars in the past year. Their inspiring efforts were broadcast throughout Vietnam on the Da Nang City Newspaper. As a testament to their value, the DUT Girls club has grown to over 50 members.

In the spirit of engineering, Thuong and her team built a solution for their challenge. In October 2020, the DUT Girls Club celebrated its 2nd anniversary. By laying the groundwork, Thuong’s community of learners will continue grow as more women take on STEM degrees at the Da Nang University of Technology.